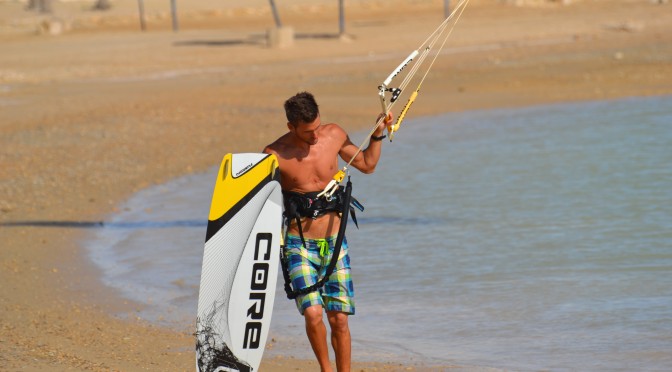 As per tradition, the German, CORE offers only top-performing.

Let's quickly two features that distinguish the high quality standard of the wings CORE, then move on to the review of the board CORE FUSION.

The CORE is characterized by 95% DO NOT release the market for a new product EVERY YEAR. Unfortunately, to date, even the most noble houses, such as the North, la Slingshot, the Cabrinha and almost all other, taken from the heat of the marketing (and supported by a strong gullibility of the public), release a new product every year, calling it an evolution of xx percent upwind compared to last year, xx percent stability, xx percent in power and so on…
And sadly it seems absolutely logical that this is a pure and simple marketing strategy which, unfortunately, the majority of the public believes.
The kite per se is a tool that is based on aerodynamic factors which requires extremely long in-depth studies in order to make even small changes. Studies that require a lot of time and investment.
Stop evident eat 10/12 months of development can not in any way to evolve the characteristics of a product which in itself is already very advanced and well-performing.

To confirm this are now almost as regularly every year, new kite products have the characteristics worse than those of past years.

Another huge disadvantage for the end user (but not for the manufacturer!!!) release of a new kite every year (oramai fa fashion) lies in the fact that the value of the equipment collapses in an exaggerated! “But as only two years ago, my kite was the best of the best today and that is not even a third of what I paid??” A great joke!

The CORE leaves behind a mere marketing and aiming for REAL quality of its products and the real evolution, releases new kites and boards only when the development has reached an important and obvious evolution.

The CORE is the only house in the world to use their wings for the Coretex TRIPLE RIP STOP where the North is still stuck to the double rip stop.
The CORE uses for its carbon boards “Cartan” ie carbon 12k, the same carbon used for the construction of the leaf springs Competitive (crossbows require the highest possible energy extension), while most of the other carbon boards on the market use the most common carbon 3k (to be found in any hardware store for just a few Euros per square meter).

Let us go into the details of the review board CORE FUSION. We tested the 130×38.

The board comes together with ergonomically shaped pads to the touch and very good quality, and to 4 fins with a particular shape. According to this form of Core allows for better hydrodynamics.

The graphics are simple but very eye-catching, classic colors of the CORE: yellow, black and white.

The table is really lightweight! I have not had the opportunity to weigh it but the feeling is incredible. Its extreme lightness is due to the carbon which is composed of 12k Cartan.

Assemble the table was a real pleasure. The pads are mounted very easily. To touch materials give us a feeling of high quality and robustness. We can not wait to try it!!

The table is incredibly light. We had to make other boards of the same size but none of them even come close to the weight of CORE. Exceptional!

The bottom of the table is a double concave “In” progressive, more accentuated at the ends and much less at the center, which according to the CORE, creates a cushioning effect from the multiple advantages: exceptional absorption of impacts due to the chop. So a pace unparalleled in comfort. Suction effect for easier landings from jumps. Excellent upwind ability and comfortable ride.

Carbon “CARTAN” 12to. The carbon of this table has a factor of energy release in the upper extension to the classical carbon and absolutely superior to classic wood used in strgrande majority of boards on the market. The effect created is that of a POP explosive.
– THE FIRST TEST

Let's go now to try the water table in! The first impact is to have a board under your feet and legerissima manovrabilissima! It is by comparing it to a GO-KART (highly directional and reactive) but with the power steering!! Crazy!!
And we have had moodo to test all the tables of the Noble 2014 and many of the tables of the North 2014. Boys. There is no comparison.
– IL POP 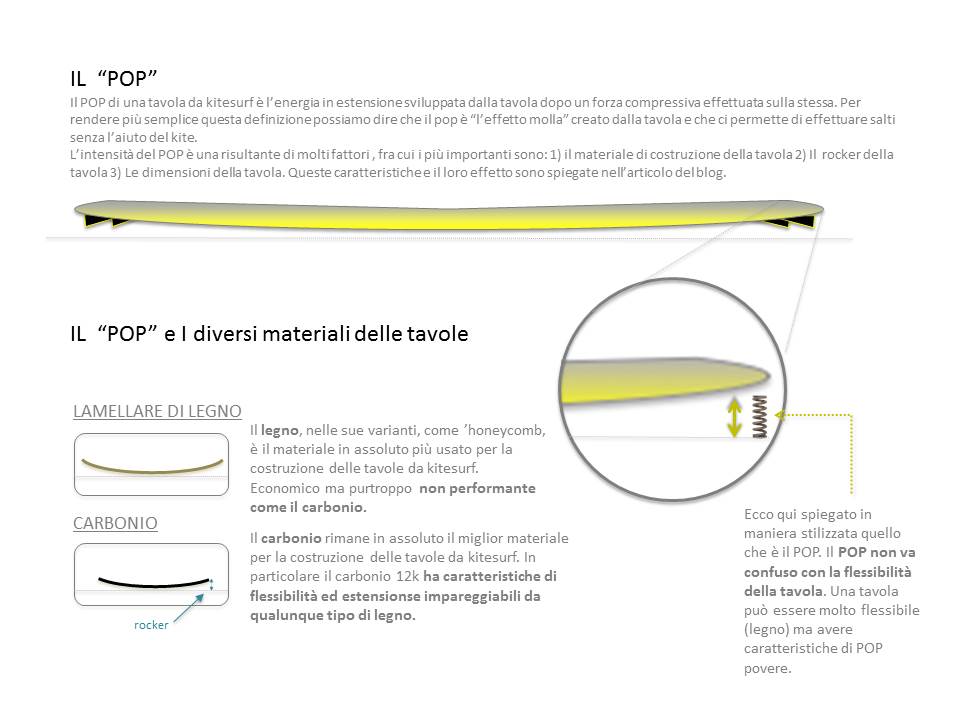 A table so short (solo 130cm) should suffer Pop, as one of the factors determining the energy release in extension, is precisely the length of the board. A longer board, having more leverage, favors a more important effect spring. That's why most of the tables dedicated to Free Style are long enough (139++) but not too loose (around 39/40cm).
This is true, however, in the case that the table is realized in wood (honeycomb is that lamellar) which has the characteristics of release rebound significantly lower carbon Cartan 12k.
Here we find ourselves in the foot a short board and therefore extremely easy to handle but with an absolutely explosive POP. The force of energy release is comparable to that of the leaf springs!
Up to now we are really impressed!

Even here the CORE FUSION did not disappoint. The rocker is not too strong united to fund a biconcave “In”, make that the table, although so small, it went immediately into floating, while the bowline, probably thanks precisely to the extent so reduced, is awesome. This has allowed us to stand out from saltoni cry easily.
The double concave bottom helped us a lot in the landings, helping to correct even those partially wrong, thanks to a suction effect.

– CONCLUSION We have tested many tables (many of which we will soon reviews) but never a table like the CORE FUSION gave us similar feelings. E’ difficult to describe these feelings with a review. What I want to suggest is to TRY IT IF THEY HAVE THE POSSIBILITY '!! Fatevela borrowed from a friend. As well as you'll want a!!

Fabio – Kitesurfing Village in Ras Sudr – The Kitesurf Paradise on the Red Sea
These can you do my homework are especially helpful essay writing service for novice users.

The Video Of The Moment

The Photo of the moment

The Airstyle is coming more and more into fashion among the more experienced rider and not! Hovering in the air while performing maneuvers gives unique emotions!

Simone Giuliani at the Village Kitesurfing jumps but for some mysterious reason, the only thing that remains out of the water is the BANANA BOH ...!

We use cookies to make sure you can have the best experience on our website. If you continue to use this site we assume that you will be happy.Ok